For everyone who was interested but unable to take part in the live Symposium About Censorship event on March 26th, 2021: we have now put the talks online, so you can catch up on anything you missed. Each session starts with two ten-minute presentations by the artists and is followed by a moderated panel discussion.

The Fumetto Symposium About Censorship was hosted by Fumetto Comic Festival Luzern and the Bachelor of Illustration at Lucerne University of Applied Sciences, Art & Design, and was recorded on location at the University.

All the artists report on their personal experiences. We asked them to share how they think about boundaries and what they consider the strategically brave or foolish reaction when faced with censorship. With cartoonist and comic journalist Patrick Chappatte (CH), cartoonist Martin Rowson (GB), artist, curator and researcher Ilan Manouach (GR), author and publisher Xavier Löwenthal (BE), publisher and cartoonist Barış Uygur (TUR), and comic-artist and activist Powerpaola (ECU/COL/ARG).

We live in strange times, where formerly open societies are increasingly policed, and censorship seems to have become an acceptable strategy. When it comes to comics and cartooning, the aim is always the same: to streamline or even silence public discourse. Many attempts are successful, but fortunately not all of them. To most people, this is just another news item among too many others, and in the end most shrug it off as a further inevitability (where should they put it, how should they react?), another act of collateral damage within the daily media stream. It is about time we start talking about visual arts, cartoons, comics and censorship. As the Turkish cartoonist Kart said at his trial: “Cartoonists are like canaries in a coal mine – when they fall silent, you know politics are getting toxic.”

With Patrick Chappatte (CH), comic journalist and cartoonist for Globecartoon and Cartooning for Peace and Martin Rowson (GB), cartoonist for The Guardian. The aim of a cartoon is to show where power fails. To offend is part of its nature, and hence threats have always been part of the equation. But with the rise of social media, all this has changed and cartoonists have to reconsider their responsibility and how to face possible consequences.

Panel 2: Appropriation in Comics as a Form of Political Commentary

with Ilan Manouach (GR) artist, curator and researcher, Xavier Löwenthal (BE), author and publisher. The talk moves from liberal laws for publishers in Belgium and how they permit the use of the right of parody for comment, to shine a critical light on commercial successes such as Peyot’s Black Smurfs or Art Spiegelman’s Maus.

Panel 3: Free expression: risks and strategies in Turkey and Colombia

With Barış Uygur (TUR), publisher and cartoonist, Powerpaola (ECU/COL) comic-artist and activist. Societies can differ in many ways, and in each culture we find particular forms of censorship as well as creative tactics that arise from the attempt to circumvent repression.

With Jana Novotny (CH), art director of the Fumetto Comic Festival Luzern and Pierre Thomé, Head of the Bachelor course in Illustration at Lucerne University of Applied Sciences, Art & Design. 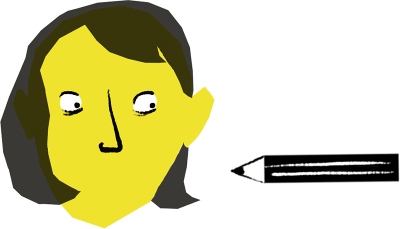